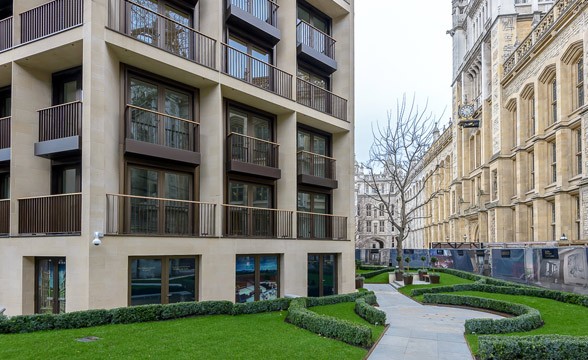 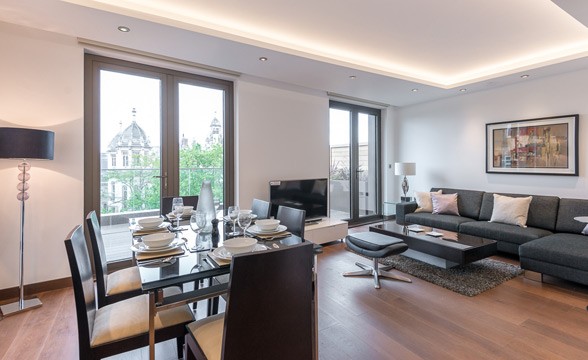 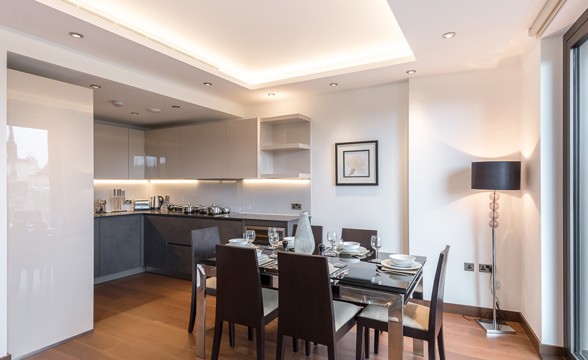 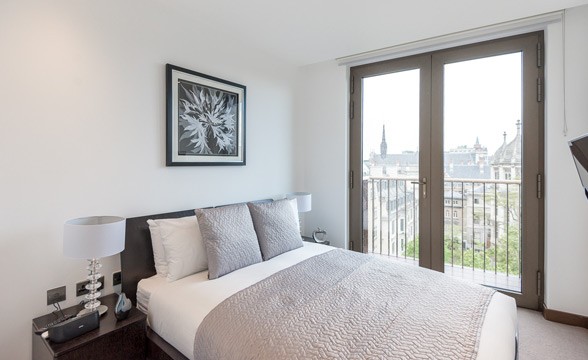 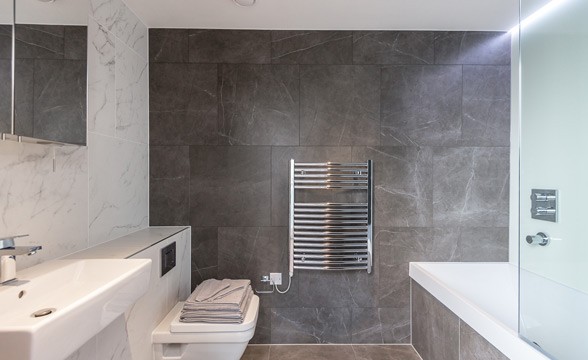 St Dunstan's Court provides the best of both worlds for corporate professionals renting apartments in London as its location right on the western edge of the City makes it uniquely convenient for forays into the West End either by foot or a short taxi ride. Fetter Lane is part of an historic network of streets, squares and buildings that today make up a picturesque part of London's judicial precinct with nearby Lincoln's Inn as its centre. The St Dunstan's Court development itself is a handsome collection of luxury apartments with balconies that overlook a number of listed buildings while a roof terrace allows an even more commanding view of London's iconic skyline.

A 24 hour concierge service and video entry phone ensure complete peace of mind for residents who will be able to access their apartments via two lifts for every floor. Nearby Chancery Lane Underground station runs Central line tube trains into the West End and to the City and Stratford at regular intervals. Residents can be shopping in Bond Street within ten minutes of leaving their doorstep. Temple Station is only slightly further away and is situated on the District and Circle line which links directly to the Gatwick Express service at Victoria rail terminus. Overground trains leave from City Thameslink and provide fast access to the Eurostar terminal at St Pancras Station. 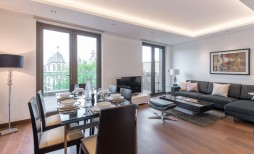 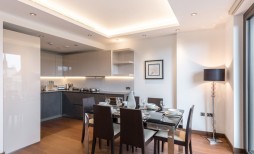 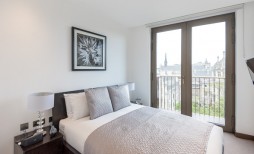 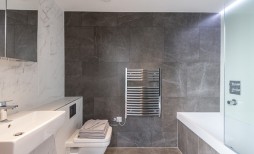